Hybrid and remote work is here to stay and has changed the backdrop of the workplace. While every job is not remote capable, organizations that champion remote and hybrid work will fair far better than their counterparts with retention, productivity, and job satisfaction. A recent survey of 10K workers revealed that 23% of those surveyed would take a 10% pay cut to work from home permanently.

Remote work is not new; for many employers, it can be an enticing offering and motivator in the fight for talent. This presentation examines challenges employers face when determining if hybrid and remote work should be integrated long-term. A decision like this requires changes to culture, processes, and engagement strategies. Employers are also charged with a heightened focus on mental health, as some employees work in isolation with limited interaction with coworkers.

Attendees of this presentation will learn: 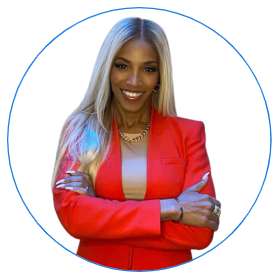 April is a dually certified HR Professional with 30 years of executive-level Human Resources experience. April is an HR Consultant and the Chief Human Resources Officer for Totalhr, a human resources services firm focused on supporting the HR needs of small- to mid-sized businesses. She has helped over 1000 business owners shape and develop their human capital.

April’s experience and expertise, coupled with her continued study of Human Resources trends, have made her a trusted advisor for many in the business community. It also led to an invitation to The Business Journal Leadership Trust, allowing April to share her expertise with leaders nationwide. She has been a requested presenter and guest speaker for organizations that include Harvard University Extension School, Winthrop University, The Citadel, EEOC, and The City of Charleston, to name a few. She is also a member of the SHRM Speakers Bureau.

April chaired the Diversity, Equity & Inclusion Committee for Greenville SHRM. In 2020 April received the Unsung Hero Award from Greenville SHRM for her exemplary leadership in Diversity, Equity, and Inclusion. She was the South Carolina Society for Human Resources Management Diversity Director from 2018 – to 2020. Her service and commitment to the HR community and the profession’s advancement led to her selection as a member of the HR Advisory Board for Winthrop University in Rock Hill, SC. There she worked with a team of HR thought leaders who were charged with designing the human resources undergraduate and postgraduate degree curriculum and programs.

April has received many awards and honors for her business acumen. Her awards include The 2020 Women In Business Achievement Award from the Charlotte Business Journal, the 2018 Fort Mill/ Tega Cay Business Person of The Year Award from the York County Regional Chamber, and the Movers & Shaker Award given by Business Leader Magazine. In 2016, April was named one of Charlotte’s 50 Most Influential Women by Mecklenburg Times. In 2022 April was named to the impressive list of  100 Women to KNOW In America.

April is also an advocate for mental health. She became an outspoken and visible advocate following the passing of her beloved daughter, Cheslie Kryst. Cheslie battled depression for many years. In January 2022, Cheslie succumbed to her battle with depression and died by suicide. April, an ambassador for the National Alliance on Mental Illness (NAMI), is committed to breaking the stigma of mental illness. April has appeared on Red Table Talk, CBS Mornings, and ExtraTV sharing Cheslie’s story and emphasizing the importance of mental health.