Networks Future Readiness – Preparing to Excel in an Evolving Industry

The competitive landscape of the insurance distribution system is changing rapidly as a result of consolidators achieving significant size and scale, new well capitalized and technologically savvy entrants into our space and strategic alignment between traditional players and cutting edge financial and technology partners. Those Networks that want their members to be able to survive, compete, and prosper need to be aware of what is happening and need to respond accordingly.

Come listen to one of the industry’s foremost authorities on best practice for leading independent insurance agencies and brokers discuss what the successful network of the future will look like and the steps they should take now to prepare.

Attendees can expect to hear information about; 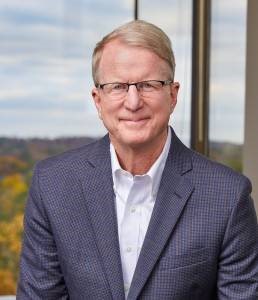 Bobby Reagan brings more than three decades of insurance industry experience to the company that bears his name.

After graduating with high honors from the University of Tennessee, where he earned BS and MS degrees in Industrial Engineering, Bobby joined a Southeastern regional insurance brokerage firm as a commercial property and casualty producer. During his 10 years with the firm, he served in regularly ascending capacities, including COO.

Bobby received his CPCU designation in 1980. In 1984, he joined the consulting firm of Hales & Associates and, the following year, opened its Atlanta office. Two years later, in 1987, he became president of the firm and, in 1992, was elected Chairman and CEO.

In April 1995, Hales & Associates underwent reorganization, and Reagan Consulting was formed as a result.

Bobby’s expertise and integrity have ensured his reputation as a true authority within the insurance industry. He has been a thought leader as evidenced by his creation of the Best Practices Study and his leading and taking an active role in the numerous research studies initiated and performed by Reagan Consulting. He has consulted with many of the country’s most successful insurance agents and brokers, and worked with many leading financial institutions on their insurance initiatives. He has led strategic planning initiatives for agents and brokers, leading industry associations and insurance carriers. He has been recognized as an industry expert in Federal and state courts throughout the US.

He is also in consistent demand as a speaker and author, with speeches delivered to more than 100 insurance industry groups and associations, and articles published in the majority of the industry’s trade publications. Bobby currently maintains the Series 63 and 79 FINRA Registrations through Reagan Securities, Inc., the affiliated FINRA-registered Broker/Dealer of Reagan Consulting, Inc.